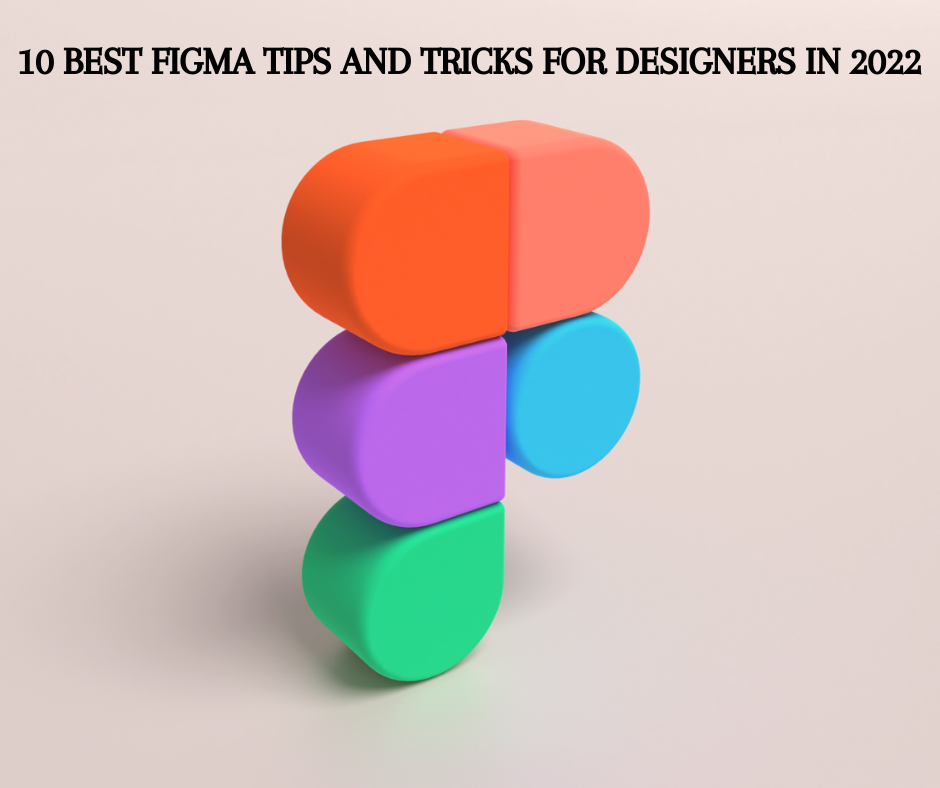 10 best Figma tips and tricks for designers in 2022

If you’re a UI/UX designer or a web designer, you’re undoubtedly already familiar with Figma and what it can do for you. But did you know that with this 10 best Figma tips and tricks for designers in 2022, you can now make your work much easier?

Figma has come a long way since its inception in 2016, despite being a relatively young tool in the design and prototype market. This user-friendly, cloud-based program allows you to create applications, websites, and other UI components that may be used in other projects.

After using Figma for a while, I frequently come upon amazing, time-saving features that I wish I’d known about sooner. Nonetheless, these Figma hacks are rather amazing and useful for the workplace, making web design tasks easier, faster, and more productive.

Apart from that, as excellent as Figma is, using these tips and techniques would make it much better. So, let’s get this business started.

Tips and strategies for using Figma to make your work simpler

As someone who uses Figma on a daily basis, obsessed over its capabilities and team efficiency, I adore how quickly it allows us to work!

The following are the top ten design principles

Are you interested in learning our secret mantra for working efficiently with Figma? So, without further ado, let’s get started on some of my favorite Figma tips and tricks that I can’t live without.

1.Make changes to the auto layout

Update or add the new auto-layout functionality to your designs for dynamic scaling. With the auto layout, you can rapidly construct buttons, lists, models, and other elements with numerous margins and scaling rules that can readily fit increasingly complex components and eliminate the need for repetitive spacing tweaks.

2.Increase the nudge value to 8px

For a variety of reasons, using an 8px base unit is typically advised, and it must be utilized consistently for all scaling and spacing tasks. Simply change the “nudge amount” in Figma from 10px to 8px to make things more clear for yourself and your entire team. In this manner, every time you move or resize an item, you’ll be moving or resizing it in increments of 8.

Hold down the Shift + arrow keys to utilize the nudge, then go to Menu > Preferences > Nudge amount > 8 to alter the nudge amount.

Are you a plagiarist when it comes to web design? Here’s all you need to know.

3.Organize the grid or change the grid’s location

To organize your design, click the grid symbol in the corner after choosing numerous elements in the table. This equalizes all object distances, enabling you to drag and rearrange items as well as alter spacing.

4.In bulk, change the spacing

Aligning multiple items and fine-tuning their spacing might appear to be a time-consuming and difficult task. Figma’s “Smart selection” and “tidy” capabilities, on the other hand, allow you to do precisely that in quantity.

Similar items in Figma may be automatically grouped into a clean list or grid, bulk spaced and reordered.

Pick related items > select the dot inside a single object > drag & drop it into a different area to switch object placement. Get the inside scoop on the transition from design to development.

5.Several levels might be renamed at the same time

It’s critical to maintain your file structure, with a clear naming scheme and hierarchy for each layer. Figma’s “Rename Layers” model makes this work considerably easier by allowing you to rename layers in bulk. You can have a numerical suffix, add a prefix to separate names or rename only part of the layer’s name.

Navigate to Right-click layers > pick “Rename” to get the Rename Layers model.

6.Organize the pages of your files

Let’s face it: looking for a certain design or master component may be time-consuming, and it can also lead to misunderstandings and duplication.

As a result, structure your file pages such that they are straightforward to navigate and manage. For different design and documentation considerations, make sure each page has a well-defined name.

7.Take use of keyboard shortcuts

It goes without saying that using keyboard shortcuts saves time over using the mouse. To make working in Figma appear much faster and more efficient, practically every activity may be launched using a keyboard shortcut.

Is there anything more frustrating than seeing a designer struggle with their mouse when they could just use the shortcut key?

As a result, set a goal for yourself to learn a new shortcut every day.

To see a list of keyboard shortcuts, go to In your browser’s bottom right corner, type “?”

A Comprehensive Guide to Web Design Make a mock-up

8.Make use of the scale tool

To use a scale tool to maintain your design pixel-precise, pick all the elements you wish to scale, then hold K on your keyboard and drag.

Previously, I was hesitant to scale the entire artwork since something would always break, particularly the text field, requiring me to re-adjust the artwork. But, thanks to the Scale tool, such problems are no longer an issue. All of your artwork scales flawlessly and keeps the propositions, so there’s no need to rework it.

Many useful fast uses for CMD (CTRL) + / can save you a lot of time in your workflow. If you haven’t used it before, it’s a good idea to see what’s available on the menu. Change the typeface and unlock all things.

10. More ways to save time with the spacebar

To expand the size of the cursor selection, drag the selection box and then hold down the spacebar. If you’re sketching a form, you may set aside some space to move the item around as you’re drawing. If that isn’t enough, use the spacebar to have Figma move the object into an auto frame or layout for you. It can also be used to make nesting.

To keep the object inside the container, hold down the spacebar and move it out of the frame. You may also deactivate movie clip content in the object container so that it can be seen even if it is outside of it. You may also display the outline by pressing CMD (CTRL) + Y.

You can find out more about which cookies we are using or switch them off in settings.

This website uses cookies so that we can provide you with the best user experience possible. Cookie information is stored in your browser and performs functions such as recognising you when you return to our website and helping our team to understand which sections of the website you find most interesting and useful.

Strictly Necessary Cookie should be enabled at all times so that we can save your preferences for cookie settings.

If you disable this cookie, we will not be able to save your preferences. This means that every time you visit this website you will need to enable or disable cookies again.